Switching from vanilla server to fabric/Lithium

I'd like to propose the use of a mod called Lithium which should increase the server performance/tps a great bit. This would mean switching from the vanilla server to fabric, but that wouldn't change anything about the vanilla gameplay.

The well known server Hermitcraft made the switch from the vanilla server to Fabric + Lithium. It increased the performance for them by a lot. Here is a time stamped video from Xisuma talking about the change:

There is also Phosphor which seems to be a server mod aswell, but I don't know how that would impact the server performance. It definitly loads chunks a lot faster though.

I use her mod called Sodium for my SSP world. It's a performance increasing mod which lets me run 32 chunks at above 100 fps. It's basically a replacement for optifine and I can definitly vouch for the quality of the mod.

All her mods are OpenSource and she also got a job at Hytale from her work on these mods.

I know this might be quite some work to implement, but I would love you guys to take a look at it. The server can get quite a bit laggy sometimes and I think there is a realistic chance that this would fix a great deal of it.

Thanks for the suggestions, Voku.

While I can't speak for Saenaria and the other admins I think that they are well aware of other server mods but probably won't look in to them if for no other reason than the fact that the server would have to change its name from "Strictly Vanilla" to "Strictly Fabric" or "The server formally known as Strictly Vanilla".  SV has been running since 2012 and will most likely die when Java minecraft dies still running as a vanilla server. 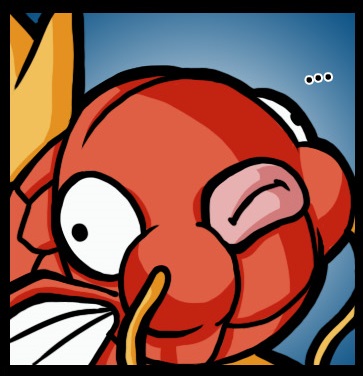 I've been trying out Fabric (to use the Shulker Box Viewer) and liking the results, though still figuring out how to get shaders to work...

Anyways, regarding the chances of SV moving to use it - I agree with Bobmcgob, many discussions would have to happen & changes made (including the name) for this to work, most of all the folks who play on the server would have to want it. We already get complaints from new folks that we're not "vanilla" for using command blocks, which *are* in vanilla Minecraft, which I know is just a difference of opinion on what "vanilla Minecraft" gameplay should look like, but it's also a difference of how we portray our server to others versus what we actually are.

If we want to continue being "Strictly Vanilla", using only what is given to us in the base version of the game that everyone who owns Java Minecraft can access, then we'll just need to wait patiently for the game to improve & deal with its current multiplayer quirks & bugs.

If people are tired of dealing with the lag, and are willing to cross the line into Fabric to use mods...well, we could, but I think there are other servers out there doing that already, that have gameplay very close to Vanilla but use mods to improve multiplayer server performance. I think SV may be buggy, but it fulfills a unique niche that I don't know anyone else is filling.

I know SV is not the smoothest gameplay experience around, but it's one of the few that can claim to be what it is, "strictly vanilla". It's like a science experiement - we're seeing how far we can go with what Mojang has given us, when & how it breaks, etc - and while it's so much of a struggle that I step away from the game at times, I still like to come back to it and see how much has changed, what has improved (or gotten worse, lol), and eventually look forward to a time where lag isn't as much of an issue, where mods/admins have more built-in tools to deal with spammers/hackers, and the world we build together is still fun and memorable~

The whole point of the creation of Strictly Vanilla was and I hope still is( from the founders perpesctive ):

1: A Server that is nothing more then the mojang jar and any mods or creations must be compatible or availible from with in the jar Votifier being a exception because it uses RCON to comunicate and the jar allows this by default.

2: A safe enviroment for children and people to play minecraft with out the hassle of politics, religion sexual preferances harrasment bullying etc. etc.

3: With the goal to out last and strive to push vanilla minecraft to its limits in respect to what can be done with out heavyly affecting the base vanilla gameplay.

While vanilla has its pros and cons and it would be awesome to have anticheats/more robust modding tools etc etc. Vanilla is what it is and because the staff and community respect and have same ideals we all some how make it work together.