To start off, this is for my ban appeal for my account with the username of 58_

I am unsure when my first ban appeal was, as I believe it was on the old forums/with one of the previous names on this account, however I can definitely say why I was banned.

I was banned for chest ESP/X-ray. I fully admit that I did this, and am aware of why it is wrong.

Previously, I have justified my actions by claiming that since it was non-malicious, it was not a bad thing. my mindsight was that after all, all I was doing was stimulating the economy.

I was usinug chest esp/x-ray to gain shulkers through trading with diamonds if I remember correctly, which was right after shulkers were announced. I was banned about 6 years ago- when I was a child. (I am 17 now, so I was banned when i was like 11-13ish.

Using my knowledge now that I am older, it is clear how this unfair advantage disincentivizes other players, and artifically inflates the economy in a way that is unfair to other players.

I would really like to join strictly vanilla again on my main account because it is the only server in which I have genuinely found a good and reliable vanilla minecraft experience, and I enjoy the vanilla version of the game significantly over other version.

As I have been attempting to be unbanned for about half a decade, and continously check up to attempt to be unbanned I believe that in and of itself should prove that I am incredibly unlikely to hack again.. I wouldn't waste this much time on the forums/discord if I simply intended on getting banned again. As the new appeals guide states,

"Third, you will want to explain how you know now that this is not correct behavior and what you will do to improve your behavior on the server from this point on if you are to be unbanned. Remember to be especially thorough in this part. We are looking for players who wish to better themselves to play on our server."

because of this, it is my hope that I can gain a second chance with the server's less stringant ban policy.

Thank you for taking your time to read this appeal, 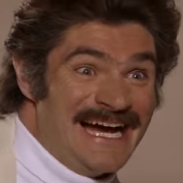 Hi. unfortunatly we have a rule that means xray results in a permenant ban. I apreciate you enjoy the comunity and I hope you one day return on a new account. I understand its been many years, but if we where to allow one person to appeal a perm ban. it would potentially open the flood gate of many people asking for the same thing. sorry but the appeal is denied.